Some peers chose tabloid talk and project fear in e-scooter discussion, while others recognised the huge potential scooters offer.
People

That’s how members of the House of Lords painted themselves on Tuesday when it comes to, respectively, e-scooters and the climate crisis.

What started as an opportunity to grille the government on whether it had crossed every “i” when introducing shared electric scooter trials didn’t take long to descend into inflammatory language and thinly-veiled prejudice aimed at the scooters themselves. The remarks exposed some peers as ill-informed and dangerously out-of-touch with reality.

The rabble-rousing started with the very first sentence by the first peer to offer comment. Lord Blencathra immediately struck an incendiary tone by referring to the subject of e-scooter trials as a discussion on “dangerous goods” and labelling an e-scooter rider a “thug”. He then went on to refer to e-scooters – twice – as “killing machines.”

Killing machines? Does the good Lord believe that the 26,000 people killed or seriously injured on British roads in 2019 were victims of e-scooters?

That’s not the worst part. The noble who’d forgotten how to be noble went on to gleefully joke about causing criminal damage: “If the police turn a blind eye to enforcement, I hope that they will ignore me when I use my stick to get one of the scooters off the pavement or when I chuck an abandoned one from the pavement under the wheels of a 30-tonne lorry.”

What is particularly horrifying about this crass attempt at humour is that a young scooter rider was tragically killed exactly by falling under the wheels of a heavy goods vehicle in this country.

Lord St John of Bletso was next and he, too, revealed a motoring-centric bias. “E-scooters should be restricted to bicycle lanes, where they are available,” he said, in a well-worn attack often levelled at cyclists (and just as often rubbished). He, too, showed a complete absence of perspective when he labelled e-scooters a “massive danger to the public”. See previous note about road deaths.

Lord Rogan was less antagonistic but just as uneducated. He was worried about “the absence of any form of training for riders before they take to the roads.” Clearly unaware of the in-app training, in-person rider academies and on-street ambassadors that all operators provide, he said: “Given the nature of the trial scheme, it should be straightforward for registered renters to either provide a short practical demonstration or require riders to show that they can safely use an e-scooter before being unleashed.”

The peer also betrayed a fundamental misunderstanding of the demographic of scooter riders when he said: “I would be greatly surprised if most e-scooter riders do not already own a cycle helmet, thereby removing cost as a barrier.” The point, of course, is that rental scooters are being used by people to replace car journeys, not by cyclists replacing bike trips. Lord Rogan was also “wary” of the DfT-imposed limit of 15.5mph for e-scooters, perhaps unaware that the same limit applies to e-bikes – but not, of course, to bicycles or cars.

A welcome moment that showed just how dusty the speakers seemed was introduced by Lord Lucas, when he cautioned: “I do not think we need a repeat of the Red Flag Act or anything draconian.” He then said of e-scooters, “They are a liberating factor in our street environment and one to be welcomed,” before sliding off into an impassioned plea for something the transport minister Baronness Vere of Norbiton would go on to label “electric tuk-tuks”.

Lord Wei brought the first real measure of sense and sensibility to the proceedings. He said: “We need to ensure that we use the wisdom of this House and of Parliament as a whole to help make these trials work and introduce scooters to the nation in a healthier, sustainable way with less injury. As a country, we have a reputation for being an innovator and for using our expertise, including legal expertise, as a regulator. We should therefore trial these technologies in a sandbox in a way that balances the need to protect people with the need to be ahead of the game. You see that in many other sectors, so why not in this area too?”

Speaking about the place of e-scooters in the transport mix, Lord Wei suggested: “Why can we not use them as part of an evolved transport strategy in cities and towns and ask those who lead those places to figure out on which routes there could be more trials of rented scooters? For example, Watford, which I visited recently, has a real problem in that the Tube finishes not in the middle but on the edge of the town. Could the use of scooters not be encouraged on very defined routes from the edge of that last mile to the town centre so that people could go there to shop and young people could be brought in?”

Another cautiously optimistic note was sounded by Baroness Randerson. She said: “By instinct I welcome these trials. Electric scooters are exciting, and they look fun – I wish I were young enough to take up riding one.”

Pithily, she said: “Overall, I find it anachronistic that we have a new environmentally-friendly form of transport that remains illegal in Britain on public roads and footpaths.”

The Baroness also made an excellent point about the employment model followed by many micromobility operators: “They rely on people doing casual work, going around picking up the scooters and recharging them in their own homes; they are paid according to the number they recharge. The effect of this rather casual approach has been that scooters abandoned in difficult places get left there, unrecharged.”

While most operators in the UK have adopted a different approach, preferring to hire in-house teams to collect and recharge scooters over the trial period, it is a warning shot to the industry for the long-term about the way it works.

Lord Berkley was more positive. He first properly declared his involvement with the all-party parliamentary groups for both cycling and micromobility before finally delivering much-needed balanced comment.

“The key is probably to treat these scooters similarly to cycles, whether electric or non-electric cycles,” he said. “I welcome the trial that the Government are doing. It might have been easier if they had just said that a scooter is the same as a cycle.”

The peer then went on to quote some of the incredible usage rates being seen already in the trials, making him the first and only noble in the discussion to reference evidence of what the British public actually wants.

“In Northampton, there were 40,000 rides in three weeks, so they are very popular,” he said. “In Coventry, there are 7,500 users [in the first five days]. The average journey is 20 minutes and 85% are returning customers, but these are just the trials. In the United States, which we think of as the motorist’s bonanza, 88 million journeys by [shared] scooter were recorded last year.”

He was also perhaps the first in the House that day to recognise the much broader problem facing humanity: the climate crisis.

“We also need to think about the green agenda,” Lord Berkeley pleaded. “When 63% of riders say that they are replacing a car journey by riding a scooter, that is worth having…I encourage the Government to carry on with the trial to encourage people to use scooters safely and responsibly. Do not give up.”

When it was finally her time to speak, transport minister Baroness Vere of Norbiton immediately reminded the chamber why e-scooter are so badly needed in the first place.

“We felt that the trials could be brought forward and expanded in response to the pandemic, because we recognised their enormous potential to provide a new socially distanced travel option, to improve air quality and to reduce the pressure on public transport,” she said. “They are a greener form of transport than private cars, and if people use them for journeys normally undertaken by a private car, we will see a decrease in congestion and in air pollution.”

Many of the peers had demanded mandatory helmets, insurance, training and other requirements usually associated with motor cars. The baroness was categoric in her response: “The overall aim of these regulations is to treat e-scooters in trial areas as similarly as we can to electric bikes.”

The minister was clear, too, that the trials are not a one-size-fits-all, government-mandated format. “Each local authority has volunteered to take part and is fully involved in selecting which e-scooter operator it wants to work with,” she explained. “Also, a local authority can decide how many e-scooters it wants to allow in its area.”

If only local authorities had the same power or appetite to control the number of motor vehicles and, thereby, congestion and air pollution, in their local areas.

Summing up, the minister said: “They are trials in the truest sense of the word, to see what works and what does not work. Nothing is being taken off the table. The national evaluation of trials will be undertaken by third-party contractors managed by the department and the results are likely to be published towards the autumn of 2021 when we have robust data.”

The House of Lords discussion may have stopped short of recommending crucifixions, burning at the stake and drowning, but many of the speakers sounded stuck in the dark ages, refusing to recognise the terrifying reality of a world hurtling towards oblivion and one where nearly as many people as those who voiced comment in the short session suffer an untimely death every day on British roads.

We applaud holding power to account. Proper scrutiny of government is vital. But we do not and cannot applaud the hijacking of such reviews as pretexts to air personal vendettas and hate speech against a badly-needed, socially-equitable and low-carbon form of transport. Reasonable debate and reasonable language, please. 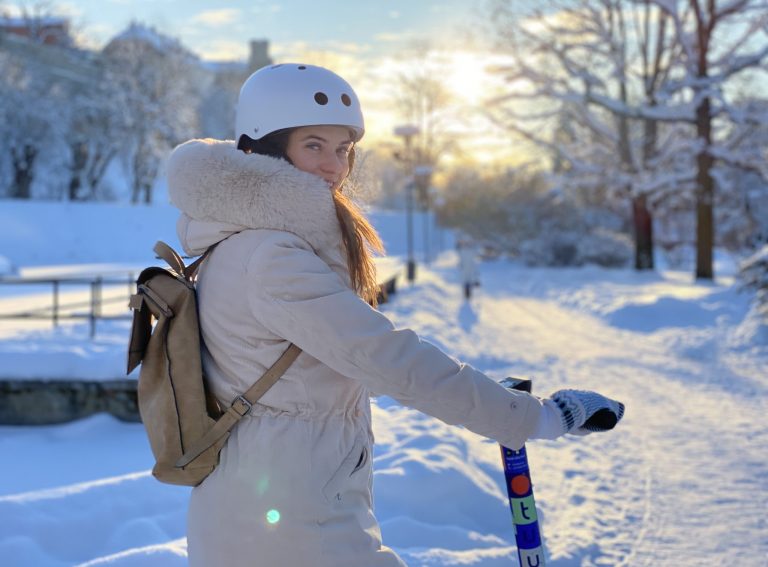 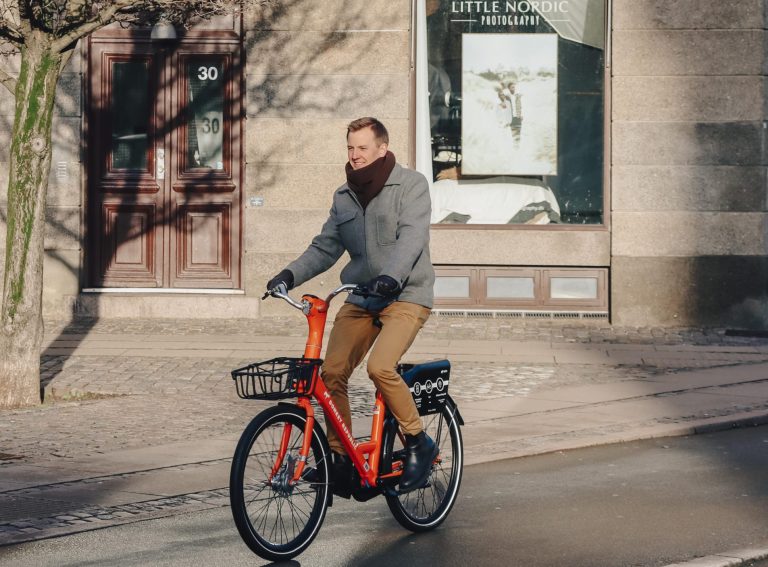 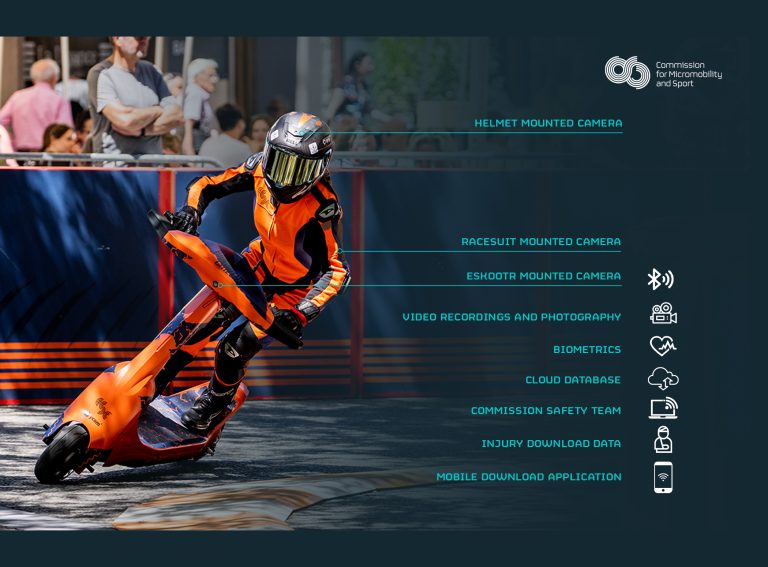