Where are shared e-scooters and e-bikes available in the UK?

As the first full summer of shared e-scooter trials in the UK draws to a close, Zag Daily takes a closer look at the micromobility landscape.

With all the planned trials now having launched – London was the last in June this year – there are more than 50 fleets across the country, with England now a key e-scooter nation within Europe, despite privately-owned e-scooters still being banned on public roads.

Zag Daily has also taken a look at how rental e-bike schemes have developed across the country.

There are around 18,000 electric scooters available for short-term hire in the UK – 12 companies are operating in 51 towns and cities, all in England. Scotland, Wales and Northern Ireland did not join the trial programme. Just two trials have closed so far.

London is the city with the largest operating zone (and expanding again soon) and also the most number of scooters – around 2900, split across three operators. Bristol is number two and has 2,800, followed by Liverpool and Nottingham, both with around 1,500. All are a long way behind plenty of other European cities, with London in 36th place.

Voi is the second biggest operator in Europe, but dominates the UK with around 10,000 scooters, or around 56 per cent of the total, across 15 fleets here. It is the third biggest country for Voi. TIER, Europe’s largest, only has a couple of small fleets in the UK.

Home-grown operators include expanding bikeshare provider Beryl, along with small e-scooter-only startups Ginger and Zwings. Irish Zipp only has fleets in the UK, while Neuron’s only European operators are also here.

Biggest cities by number of e-scooters:

Biggest operators by number of e-scooters:

Biggest operators by number of fleets:

The UK may be arriving late to the e-scooter party but the delay, and subsequent large number of operators quickly being involved, has stimulated innovations.

There are various safety-related enhancements currently, or soon, being trialed, including artificial noise to alert pedestrians, sensor-based pavement riding detection, enhanced positioning and heavy use of geofencing restrictions in a number of cities, including London.

Despite having been present for longer, shared e-bike schemes in the UK are much smaller that shared e-scooter fleets. There are around 2,500 e-bikeshare bikes in the UK, split across 22 operating areas, including some rural long-distance once.

Just over half of these (1,300) are Lime’s London “JUMP” bikes. The next biggest fleet is Glasgow, where 220 bikes, or just under half the 480 there in total, are electric. Leicester is in third place with its recently launched 130 Ride-On bikes.

In terms of operating platforms (the fleet for some are run independently), Lime is number one. Nextbike is second but well behind with around 400 bikes split across six fleets.

Biggest cities by number of e-bikes:

Looking to the future, while no new shared e-scooter systems are planned to launch in the UK until the end of the current trial phase, there are some shared e-bikes on the horizon.

The West Midlands Cycle Hire recently showed a prototype electric bike, which is expected to join their existing manual fleet later this year. Similarly in London, the Santander Cycles fleet there is expected to be augmented with e-bikes next year.

However London will likely see, before then, two more privately run e-bike fleets – Dott will be adding e-bikes to its existing e-scooter sharing operation by the end of this year, and HumanForest should also be returning to the streets of the capital soon. 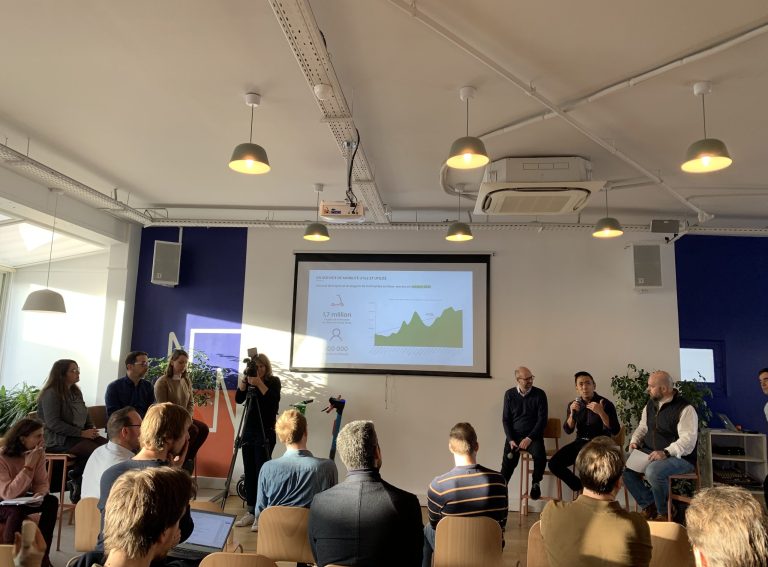