Drover's Co-Founder and CBO, Alex Nesic, shares his views on the future of shared e-scooter schemes in Paris
Opinion

Like many American disruptors and innovators before them, shared scooters went to Paris only to fall madly in love with it and find the best versions of themselves as a result of needing to adapt to the city and local culture.

Under the stewardship of the 3 permitted operators, Tier, Dott and Lime, Paris has grown into one of the largest global markets for shared scooters with approximately 15,000 deployed scooters, over 2 million unique users and many millions of rides taken annually.

Many cities have had their flare-ups about free-floating bikes and/or scooters over the years, but Paris’ current crisis is unique in several respects – operationally it is a hugely successful program, scooters enjoy favorable popular perception, and the current administration is a proponent of active transportation in favor of cars. To be sure, incidents have occurred, including highly publicized fatalities.

Without benefitting from the glazed indifference with which similar (and far more numerous) car-based instances are met, these unfortunate incidents resulted in some knee-jerk overreaching regulations – lower overall speeds, strict parking restrictions, and multiple extra-slow geofences – which produced a markedly worse rider experience yet did not dampen the love affair between the riders and this new modality.

Shared scooter safety, or lack thereof, is often listed as a driving concern for many of these policy decisions. It is important to note that micromobility engineering and design has iterated at an incredibly rapid rate in the few years since the industry was born and safety continues to improve as a result. Recent data have shown that shared scooter incidents have fallen by ~60% across 29 EU countries over a 2 year span. Paired with increased awareness, ubiquity, and improved infrastructure designated for micromobility, this trend is sure to continue.

Over the last several months, the diligent operators have held meetings and presented plans intended to assuage the concerns defined by Mayor Hidalgo and the program administrators, seemingly to no avail. The Mayor recently announced that the matter will now go to a public referendum scheduled for April 2, 2023.

While reportedly 85% of Paris’ shared scooter users are Parisian locals, who knows how many of them will have the time or ability to vote in this referendum? What of the commuters that rely on the scooters as part of their last mile journey after taking the trains into town? What of the voices of the millions of tourists that make Paris the most visited global destination on an annual basis?

It is undeniable that traveling through Paris on a scooter in the wonderful growing network of bike lanes is a far more enjoyable way to take in the sights than in a car or by metro. It should also be noted that several studies point to considerable economic benefits related to shared scooter deployments, from the United States, to the United Kingdom, and Australia.

I’d like to point out that this potentially shortsighted course of action could have several negative unintended consequences. As is the case in all cities with similar shared scooter programs, regulators have the ability to mandate all the rules and restrictions they deem necessary, while also collecting operating fees and fines from violations from the permitted operators. A predictable effect of a program termination will be a substantial spike in the adoption of owned scooters as a substitute modality.

The vacuum would also undoubtedly be filled by smaller rental companies operating online or out of store fronts, purveying similar offerings to the current program by working around any new laws – see Levy Electric operating in Manhattan.

It should come as no surprise that these substitutes for the regulated operators are not subject to any geofences, speed limitations or other restrictions and it is not uncommon to see riding on sidewalks and speeds in excess of 20 MPH (some can go as fast as 60 MPH). In the case of different rental schemes, the task of tracking and regulating these would be a vastly more complex task for the city than is currently the case.

Let’s also not forget that research shows that shared scooters have been proven to act as a feeder modality and to fill gaps in public transit services, both geographic and schedule based, particularly in the outer rings of cities such as Paris. I’m not entirely sure the city has taken these users and trips that might not otherwise happen into careful consideration. As I posited in an article several years ago, cities may find much greater benefit by leaning in and making shared scooters an integrated part of the public transit ecosystem.

Further, as a recent study conducted in Atlanta after the nighttime ban of scooters illustrated, a likely result of the demise of scooters in Paris would be an increase in car vehicle miles traveled and increased commuting times spent in cars. This consequence certainly conflicts with Paris’ ongoing efforts to reclaim the city center from cars.

At Drover AI, we have consistently advocated for the intelligent proactive regulation of shared micromobility to mitigate against the worst outcomes and ensure the smoothest possible integration of modalities. If cities and certain vocal constituents find themselves opposing a few thousand (mostly) well regulated scooters, what will happen when it turns into tens or hundreds of thousands of unregulated private scooters?

As cities like Chicago, San Francisco, San Diego and Santa Monica have witnessed, and EU cities like Oslo, Milan, Rome and Madrid will soon see, Drover technology is quite effective at managing undesirable behavior and ensuring responsible use of shared scooters, while simultaneously delivering unparalleled data driven insights into these new modes of transportation. Drover is confident we can help Paris overcome its shared scooter malaise.

As the mid-19th century Austrian Chancellor Metternich famously said: “When Paris sneezes, the rest of Europe catches a cold.” Paris has long been a trendsetter in innumerable ways, such as adopting the “15 Minute City” urban framework based upon development by Carlos Moreno, which resulted in allocating more space to active transportation modes and reducing car access through Paris under the bold leadership of Mayor Hidalgo.

Shared scooters are active transportation and arguably helped enable the huge success of the mayor’s transportation initiatives – let’s not treat them as a disease but as part of the cure to our car dominated condition. Liberté, égalité, fraternité…et trottinettes! 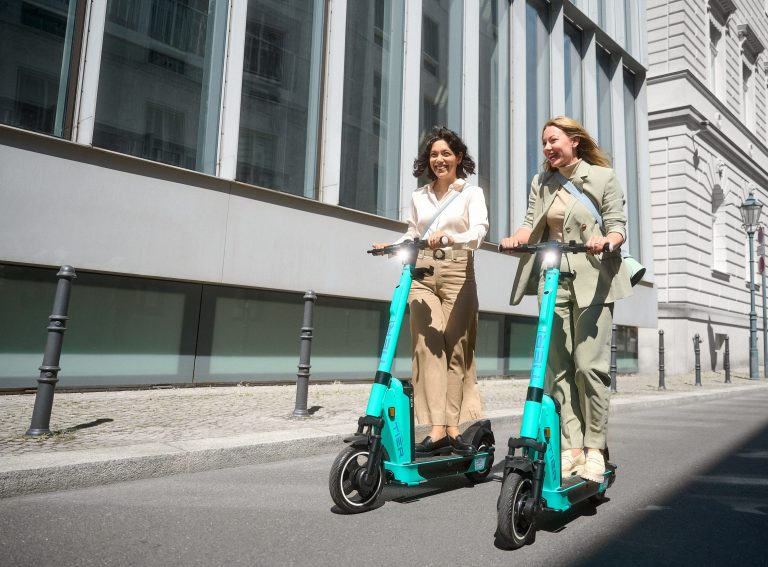 Why are e-scooter users predominantly male?