The UK’s approach to introducing micromobility through a one-year shared e-scooter trial scheme in 2020 was a justifiable one. While the UK was already a laggard in new transport even then, it brought new vehicles to our streets in a controlled manner. It also gave some chance for an emerging British industry to begin to catch up where it had previously been held back by our antiquated laws.

Change often takes longer than planned, and therefore extending the trials to two years before broader micromobility legalisation was subtly announced in the Queen’s Speech earlier this year was just about manageable. However, we are now in a situation where the one year trials have been extended to almost four years, the small number of British providers is shrinking, and there is no certainty from the Government when they will make time for legalisation.

These delays are no longer a neutral position, in which everything will come good, just a little bit later. These delays are now causing great damage to the future transport industry in the UK, as well as leading to enormous waste and huge missed opportunities.

The UK is falling too far behind

In 2020, the UK was already at least two years behind. We started to move forward with the trials, but now we are stalled again. Meanwhile, the rest of the world is moving ahead.

To be clear, I am 100% confident that updating our antiquated transport laws will inevitably happen. I come from the telecoms industry, and I have been through repeated market disruptions of mobiles, Skype, Napster and Spotify, Tivo and Netflix, Webex and Zoom. Fundamental technology disruption, denial, acceptance, and then proper focus has been that industry’s cycle for at least 30 years. Micromobility is following the same path.

I also believe the Department for Transport wants to update the laws, and to finally move forward. Stating the obvious, it has been the problems in No. 10 for the last year that has caused these delays, which has moved this legislation (and much more) back. As a recent Conservative councillor and council leader myself, that is not a political statement. It is just a fact.

The problem now is that No.10 will see enabling micro vehicle transport as a niche issue, and therefore low priority, compared with everything else it has to deal with. Unfortunately, it will be two or three years before it will be clear how wrong this is.

Like the above telecoms disruptions, the incumbents always claim the disruption is going to be niche, until it is not. Let us consider a few facts:

Put that together and at least 75% of the vehicle journeys that are done every day could be done wholly or partly using small, clean, efficient, inexpensive vehicles, ie micromobility.

Couple this with changing vehicle usage and car licence take-up, and the fact that users love riding these new vehicles, it is very possible (in my view a certainty) that before the end of the decade, small vehicles (not just e-scooters) could easily account for at least 20% to 30% of daily journeys, and continue to grow through to 2035 and 2040, dates that have been the focus for electric cars.

There is nothing else the Government is looking at that would have the impact on reducing energy consumption, cost of living, emissions, and wasted land use for parking than this transformation in transport. Nothing even comes close.

Why the delays matter

Why do these delays matter so much? Even if one has their doubts that it will grow so big, and no one has a crystal ball, why does it matter that I could be right?

Some, but certainly not all, of the implications are:

No market certainty, no UK investment

Simply put, British companies are being starved of investment.

It is of course a difficult market worldwide, but if VCs and larger investors cannot see certainty that there will be a large UK market, they are not going to invest. And they aren’t.

Even supposedly British funding capital like the British Growth Fund will not invest because they believe the international providers had too big a lead (wrong and too easy, but that is the conventional VC wisdom). Add to this the fact that HMRC in recent years now disqualifies anything that looks like rental/lease businesses from EIS, ie shared economy businesses – which is critical for angel funding, and no one could have designed a system to disadvantage British shared transport operators in their own country against international competition more than the system that exists now.

Auto manufacturing directly supports 180,000 jobs. The Government has been rightly highlighting the importance of innovation, productivity and economic growth. However, if the rest of the world is so far ahead in new mobility adoption, that is where the wider industry ecosystem is going to sit and the high value jobs with it. This includes vehicle manufacturing, various technology development, data solutions, retail, as well as our area of shared service operations. If small vehicle transport takes 20% or more of the transport market (and the UK is already struggling with electric car manufacturing) that is a huge loss of high value jobs that we will have just given up because the Government was too slow.

Micro vehicles require anywhere from 1/20th to 1/300th of the energy of today’s cars to SUVs, for exactly the same journey. For all the obvious reasons, it is mind boggling that we are not throwing everything at the problem when we have short term solutions to hand. Nothing else will cut energy usage in the next five years like more efficient transport.

Huge bets are being made now by the Government, local councils and industry on an incremental change to transport. That means simply replacing today’s ICE vehicles mainly with electric vehicles of the same size. In Henry Ford’s terms, investing in a “faster horse”. Batteries for larger vehicles. EV rapid charging infrastructure. Grid upgrades. Autonomous vehicles. More roads. All for large vehicles. If micro vehicles do take 20% or more of the market, many of these will have been the wrong investments. We need to be finding out sooner rather than later how people want to get around in the future.

Design and investment decisions would be fundamentally different if councils could see we were moving towards 20%+ micro vehicle penetration (which of course includes bikes). But they cannot design for it now because, like investors, they do not have certainty that it is coming.

More use of public/mass transit for longer journeys

Much public transport is multimodal. Bus and train operators stand to benefit greatly from easier access to their stops and stations, without tempting people into cars that easily replace the whole journeys. Far more innovative and cost effective use could be made of buses in particular with better links to micromobility.

I could keep going. Note, I have not mentioned the B word, or made much of a point that all of the above is exactly the opposite of what was promised – being nimble, innovative, helping to grow British industries.

For the avoidance of doubt, I am a free marketeer. The market is big enough for everyone, and we will happily compete with our international colleagues. This is not about penalising them. Our own industry has been held back, and the country is falling further behind. Just give the local future transport industry a level playing field, help it catch up, and do not prevent us from even having a chance to get off the ground.

We must get on with this. No. 10, if you really are listening to small emerging industries, we need a commitment on timing, and no more damaging delays. 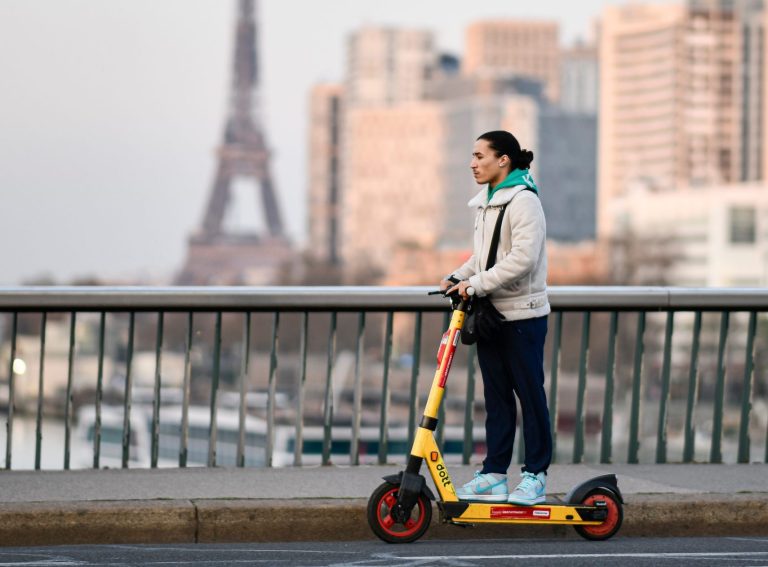